Although cymbidium orchids aren’t precisely low-maintenance plants, they are one of the easiest orchid varieties to care for!

Here is what you should know about cymbidium orchid care: Extraordinary flowers emerge from autumn to spring. Cymbidium orchid likes places with filtered light – bright, but away from direct sunlight. It likes moderate temperatures, around 20oC, so it is advised to take the pot outside from late spring to mid-autumn. Water cymbidium once a week during the growing period, and less during winter. Preserve humidity by occasionally misting the leaves. The potting medium should be well-drained and soilless. Feed your orchid cymbidium every 10 days or so during the growth period. Gradually prolong the periods between fertilizing and then do it only once a month during winter. When repotting, you can separate the pseudobulbs and form new young plants. There are a few common problems when it comes to cymbidium care, such as leaf yellowing or browning, or different parasites.

The subspecies is described in 1799. The name ‘cymbidium’ was derived from the Latin word ‘cymba’ which means ‘cup’ or ‘boat’ – ‘little boat’, ‘little cup’.

The name was apparently given because of the flower shape in some varieties that resembles a bowl.

It is interesting that this orchid genus has been known for so long, that even Confucius mentioned it in one of his manuscripts!

Besides, cymbidium is used as a traditional spice in Bhutan.

Cymbidium orchids have elegant long green-colored foliage. It emerges around each pseudobulb. The stem can be pretty long as well, up to 60 cm.

You can find miniature cymbidium orchids as well! They are pretty petite, only 10 to 20 cm in height.

The long-lasting flowers can be found in every color except blue. They are magnificent, thin, and gentle.

Since the flowers and the leaves can be pretty heavy, your cymbidium will probably need a holding stalk. Carefully place the stalk so you don’t damage the roots.

As I have already mentioned, there are a lot of known cymbidium varieties.

Here are some of the most interesting ones:

Cymbidium orchids bloom from mid-fall to mid-spring, during the whole winter. The flowers are vibrant and long-lasting.

To enhance the blooming process, you should provide the needed daily temperature drop. Cymbidium flower emerges from a spike.

Since the spikes aren’t able to produce new flowers, you should remove the dead stem after the blooming period. Cut it using a sharp sterilized tool.

Although cymbidiums orchids like sun exposure, they need filtered light. Never leave the pot under the impact of direct sunlight.

It may burn the plant. Instead, try to find a semi-shaded place. If you still decide to keep your cymbidium plant on a windowsill, make sure it is an east or west one.

Nonetheless, I advise hanging some bright-colored heavy curtains to protect the plant from direct sunlight at peak hours.

When kept outside, cymbidiums like semi-shaded places, such as in tree or bush shade.

If the color of the leaves is becoming darker, the plant isn’t getting enough sunlight. Move it to a brighter place.

Without enough light, it won’t be able to bloom. Also, make sure you provide enough sunlight during winter.

Cymbidium care is easy when it comes to temperature needs. They are much more tolerant to colder temperatures than most other orchid varieties.

These orchids need periods of living in colder conditions to stimulate the process of blooming. They can survive very low temperatures, up to 5 degrees Celsius!

During the ‘cold period’, you can maintain a temperature level between 10 and 15oC until you notice that the flower spikes have appeared and prospered.

Pro-Tip: Since cymbidium likes lower temperatures, don’t hesitate to keep the pot outdoors from mid-spring till mid-autumn. It will be beneficial for the blooming cycle since the temperature change stimulates blooming.

Cymbidium orchid care indoors includes moderate watering, so once a week should be enough.

Pay attention to watering needs during the growth period in spring and summer – they will need more water.

The water quality matters as well – cymbidium can be sensitive to some of the chemicals found in tap water.

Try to maintain the potting medium 50% dry and 50% wet. You can examine the roots before watering. They should be plump and greenish-whitish.

When watering, make sure the water doesn’t reach flowers or leaves.

Pro-Tip: Since orchids like porous, well-drained soil, the water can sometimes just run through the pot, without soaking the potting material enough. To prevent this, place the whole pot in a container filled with lukewarm water and let it sit for five to ten minutes.

They like moderate humidity levels, between 40 and 60%. To preserve humidity, place a tray filled with wet pebbles under the flower pot.

Still, make sure that the roots aren’t sitting in water, because they will rot. Also, you can use a store-bought humidifier.

You should mist the leaves occasionally, whenever the weather is sunny. Do it in the morning so the excess water evaporates during the day.

Too moist leaves are attractive to different kinds of pests. When it is held outside, the outdoor humidity level is usually enough for cymbidium to thrive.

Still, if you leave in dry climate areas, you might need to provide some additional cooling.

Cymbidium orchids are semi-terrestrial plants. That means they do need a well-drained and well-aired potting medium.

I advise using some of the store-bought orchid potting mixes. Look for a lightly acidic potting medium. Good drainage is essential.

Also, make sure the flower pot has enough drainage holes that will ensure good water flow.

During the growing period (spring and summer), you can add fertilizer every week or two.

Reduce the frequency during autumn, and especially during winter – then, once a month will be enough.

When buying fertilizer, choose one of the special orchid fertilizers. Make sure you don’t overfertilize cymbidium since the roots are prone to burning. Overfertilizing leads to salt build-up in the potting medium.

You can flush distilled water or rainwater through the potting mix to wash out eventual harmful substances. Do it once a month.

Always wait for the blooming period to be over, and then re-pot the plant.

The ideal period is early spring, from February to May.

You won’t need to re-pot your cymbidium for two or three years.

Do it if you notice that potting material has gone bad or that the roots have over-grown the pot.

When repotting, carefully examine the roots so you can remove eventual dead or rotten roots.

You can prune the healthy root stems, as well, but don’t make them shorter than 15-20 cm.

Remove the old potting material and place the plant in a new, fresh potting mix.

Pro-Tip: When choosing a new pot, consider the fact that cymbidium will grow in it for another two or three years, so make sure it is big enough. Still, don’t get carried away and take a too-large container since it will stimulate root growth but the upper plant parts will stagnate.

Since cymbidium produces pseudobulbs, you can separate them while repotting and make a few new separate plants.

Each bundle should have four of five pseudobulbs. Pot them into new pots and gently tuck in the potting mixture.

Don’t water them for two weeks. Instead, mist them daily. After that, water them economically (once every two weeks or so) for a month and a half.

After the roots have firmly formed, continue with the usual care of cymbidium orchids.

There are several common issues you can encounter while caring for Cymbidium orchid. Let’s see what they are, and how to deal with them.

Should I prune Cymbidium?

The flower spikes aren’t able to produce new flowers after the blooming period ends. Thus, you can prune the spikes (do it above the 3rd node, looking from the bottom of the stem) and encourage new growth that way.

When repotting, you can prune excess roots. Orchid roots tend to rise above the soil level, trying to reach sunlight.

How do I get my Cymbidium orchid to flower again?

Once the blooming period is over, carefully prune the stems. Cut them near the plant base. Regular care during the rest of the year will encourage new growth.

Cymbidium orchid plant is a colorful exotic flower. It blooms during winter.

Find a bright place away from direct sunlight. Unlike most of the other orchid varieties, cymbidium tolerates colder temperatures. You can take the pot outside from late spring to mid-fall. When kept indoors, it likes average room temperatures, they just need to be below 30oC.

Moderate watering and misting the leaves once a week is required. The soil should be always moist, but never soggy. Good drainage is essential. You can fertilize it once every 10 days during the whole year, but less often during the winter.

Repotting isn’t hard since it only includes removing and replacing old potting medium. In the end, besides some golden rules that need to be followed, there aren’t any hard parts in cymbidium orchid care and maintenance. 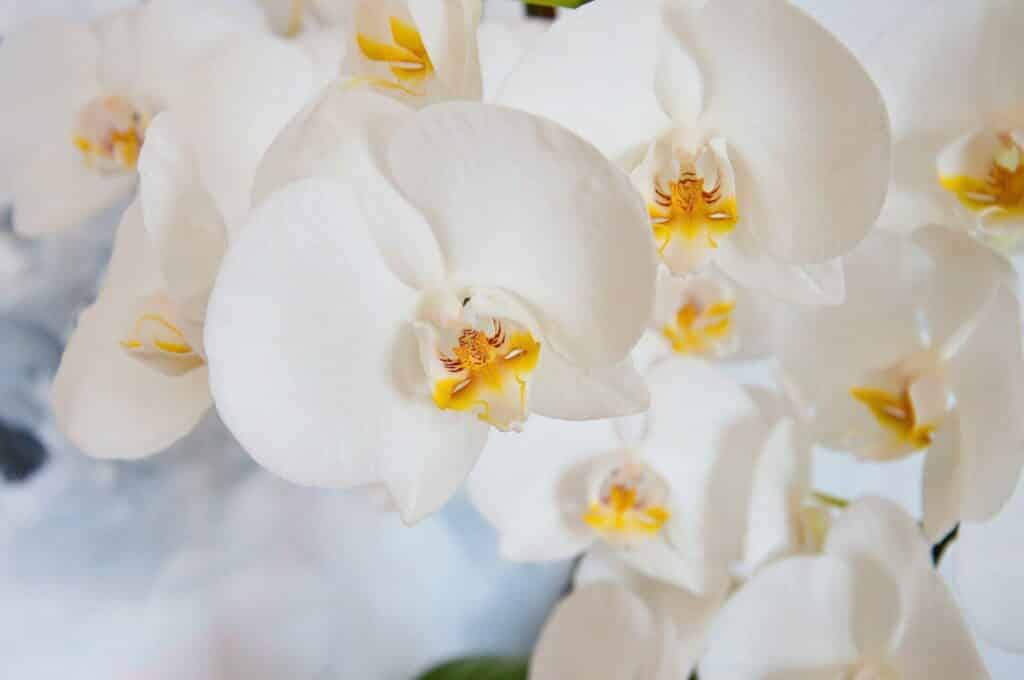 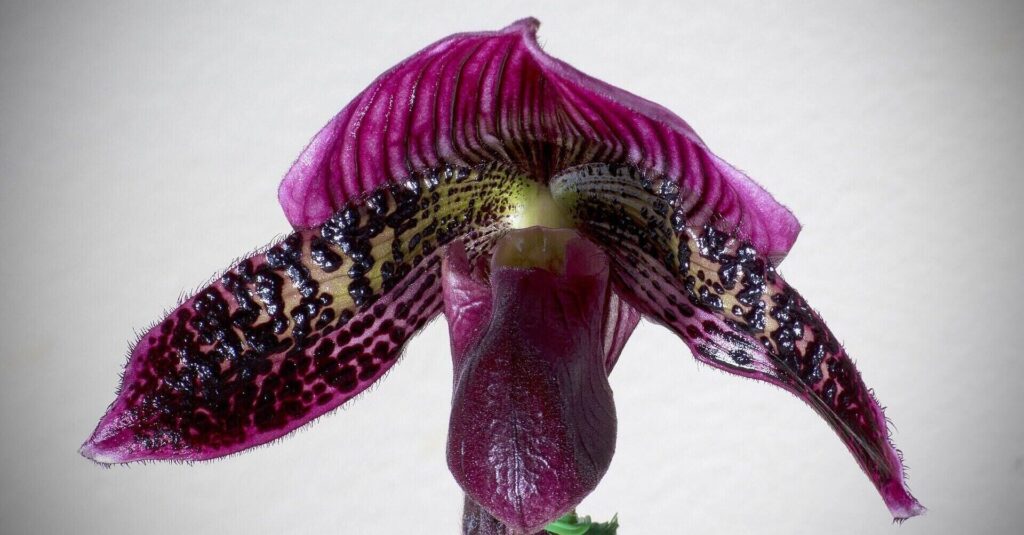 Thank you for reading my helpful and hopefully fun gardening tips. Gardening is such a rewarding hobby for me. When I'm not planting and pulling weeds, I enjoy spending time with my grandkids and finding treasures at garage sales.