Today's Gardener (todaysgardener.com) is a participant in the Amazon Services LLC Associates Program, an affiliate advertising program designed to provide a means for sites to earn advertising fees by advertising and linking to Amazon.com. This site also participates in other affiliate programs and is compensated for referring traffic and business to them.

With the summer coming to its close, I am sad to realize that there will be more difficult to find fresh herbs on the market or that I will successfully grow them in our gardens.

Luckily for us, some herbs like oregano (rosemary, thyme, and others as well) can be endlessly grown from cuttings.

The weather, however, is not the only reason to grow oregano from cuttings. You can take the oregano pots inside and the low temperatures and heavy rains will not harm it as much.

The other reason for this type of growing them like is simple- it is faster.

Planting the oregano seeds and waiting for it to grow takes more time, and you will not be sure of the outcome because some seeds are old and got dry over time that they will not actually grow.

With cuttings, you are more in control of what you can do for the plant to (re)grow.

Before I start talking about how to propagate new herbs from stem cuttings, let us see what is oregano and why you should grow it in the first place.

Oregano (lat. Origanum vulgare – which means ‘wild oregano’) is a perennial herb (in some areas is grown annually) native to the temperate Euroasia and the Mediterranean.

Origanum vulgare is just one, although most commonly used, species of oregano –  there are others like Golden oregano, Syrian oregano and even Marjoram (known as Sweet oregano).

People have been using them for ages as a culinary, medicinal, and decorative herb in fresh, dried or oil form.

Oregano is one of the most widely used herbs and it is considered one of the so-called ‘super herbs’.

Is it clear now why I called it a “super herb”?

It looks pretty, tastes great and helps with all kinds of discomforts!

This is why it is great to have it at hand’s reach in your kitchen or garden at any time, and what easier way to do it than by growing it from cuttings.

Propagating means to take a part of the herb and help it grow new roots.

The first thing you should do is use a sterile knife or scissors to cut a healthy section of the herb about 3-4 in long.

Make sure that the knife is actually sterile since it will prevent bacterial damage and rotting.

Cut the plant right above the node of the place where a new leaf would show up.

Remove all the other leaves carefully and leave only those on top, as they will keep the plant alive.

Now there are two common ways in which you can encourage it to grow roots.

The easier to control is using small containers filled with water as you will be able to watch the progress and measure roots.

Fill only two-thirds of the container and make sure that the leaves are out of the water. To avoid algae forming on the roots of the new plant, change the water every two to three days.

The cuttings should be placed in a well-lit place (e.g. near a window), but make sure to avoid direct sunlight as the plant in this phase is very gentle.

You will soon see roots emerging and when they are about half an inch long you can move the plants into their pots or in the garden.

Re-growing oregano from cuttings by placing them in the soil is maybe something that you should take up if you have experience with water rooting, and already know how much time it takes for the roots to grow. It also requires more knowledge of the types of soil and soil additions that can be used for this before moving the re-grown plant into its selected pot.

The right soil choice for oregano cuttings is a loose and porous potting mix -perlite, sand,  half sand, and half peat moss.

The key element here is to make sure that the pots have drainage and that the soil is constantly moist but never soaked otherwise the plant will rot.

The next thing that you can do is dip the stems into a rooting hormone or a fungicide, both of which are commonly used by gardeners, and there are many varieties so the choice is really on which one you like.

If you want to go organic and avoid chemicals, you can use organic honey which was previously diluted in water.

The experiments performed with this kind of rooting enhancer show great results. You can even make an experiment on your own.

The next step is putting the potting mix into small containers and just like with water technique, fill them up to two-thirds.

Use your finger or a pencil to make a hole where the cutting will go (after you have dipped it into honey or rooting hormone).

Make sure that the top leaves do not touch the soil as they will rot and contaminate the soil which will, in turn, make cause the entire cutting to rot.

Use a spray bottle to moist he soil so it is wet on touch, but never soaking.

Check the soil every 2-3 days to keep the advisable moisture level.

Place a few gardening sticks (or if you do not have them anything wooden or plastic will do) around the pots e.g. in each corner, cover the pot with a plastic bag making sure that it does not touch the leaves (hence, the sticks) and secure the bag with a rubber band.

If you do not want to bother with a plastic bag, you can cut plastic bottles in half and use them to cover the pots.

In this case, as Ill, place the pots in a light area, avoiding direct sunlight.

Drain the condensed water from the bags/bottles when you are watering the plants.

It will take about 3 weeks for the roots to grow enough to be moved.

Take them out carefully and place them where you want them.

It is a subshrub so it is great for filling the areas between other plants or the sides of a garden for a fuller look.

Its well-known scent is aromatic for both you and the bees or other pollinators that will be drawn to your garden.

You can also grow it in pots as they do not need much more than a lot of light and a little moisture.

The herb bodies will fall over the edges of the pots while the plant is still young, providing that great cascade look.

Oregano has been used as a powerful spice in various cuisines but most commonly in Greek and Italian (imagine a pizza sauce without oregano…) cuisines.

Along with those, oregano (and its types) have been used in Spanish, Mexican or Middle Eastern cuisine. It can be used fresh or dried.

The fresh oregano gives a more subtle scent and it is great for salads, while dried oregano has a stronger, richer taste and is used for sauces, meets, and more.

Oregano is a ‘must-have’ (potted or dry) in every modern kitchen because it really goes well with a large variety of dishes.

Just a dab of oregano in some of them makes you a better chef than you knew you were.

Medicinal use of Oregano

Oregano has been used as herbal medicine for ages, and it is still used today.

Most common ways of using it as oil – which you cannot make at your home, however, you can brew both fresh and dried leaves and make a curative tea.

Oregano is rich with vitamin A, iron, and manganese.

It also contains a lot of vitamin K which is essential for cardiovascular health and bone development.

Carvacrol and Thymol- two essential compounds found in oregano have antiseptic and antibacterial properties whether applied directly on the skin (mixed with olive or coconut oil, helps wounds heal faster and inflammatory processes such as acne) or ingested.

Also, it’s full of vitamin C (and A) which makes it a powerful antioxidant.

It helps with weight loss, prevents arteriosclerosis and stroke, and recent studies suggest that it is effective in preventing colon tumors.

Brewing oregano tea is just as easy as making any other tea. Put a teaspoon of dried oregano or about 5-7 fresh leaves (previously bruised or cut) and pour hot water over it.

Use an infuser to remove the leaves and enjoy this immunity-boosting elixir.

So with a little time and patience, you can have this magical plant in your home every day of the year.

With this growing technique you will be sure the quality of the herb and enjoy its health benefits and taste. 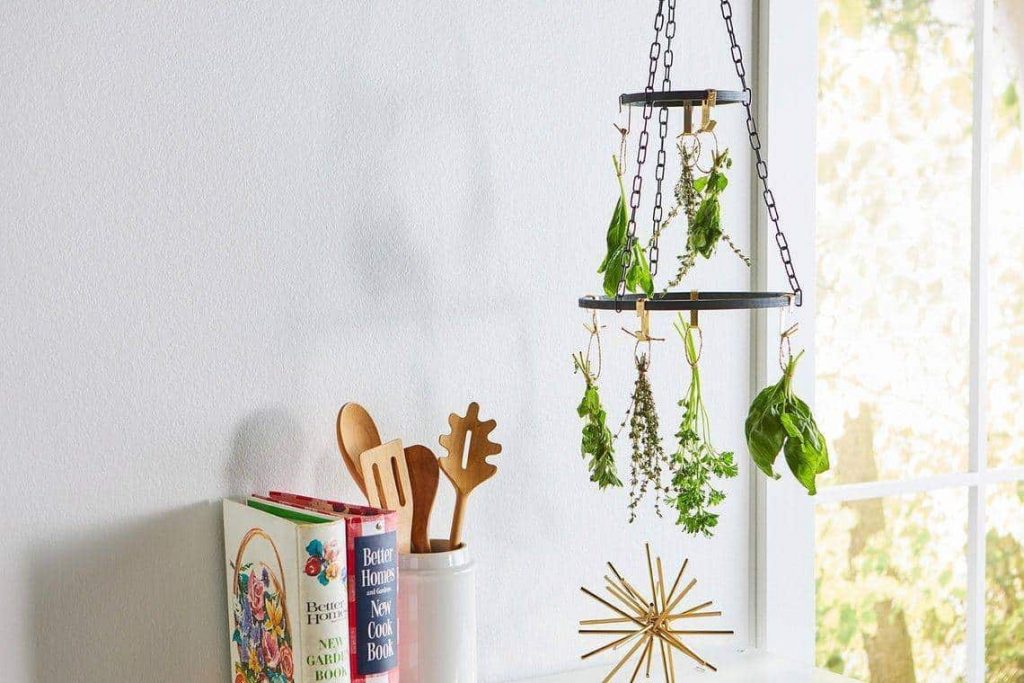 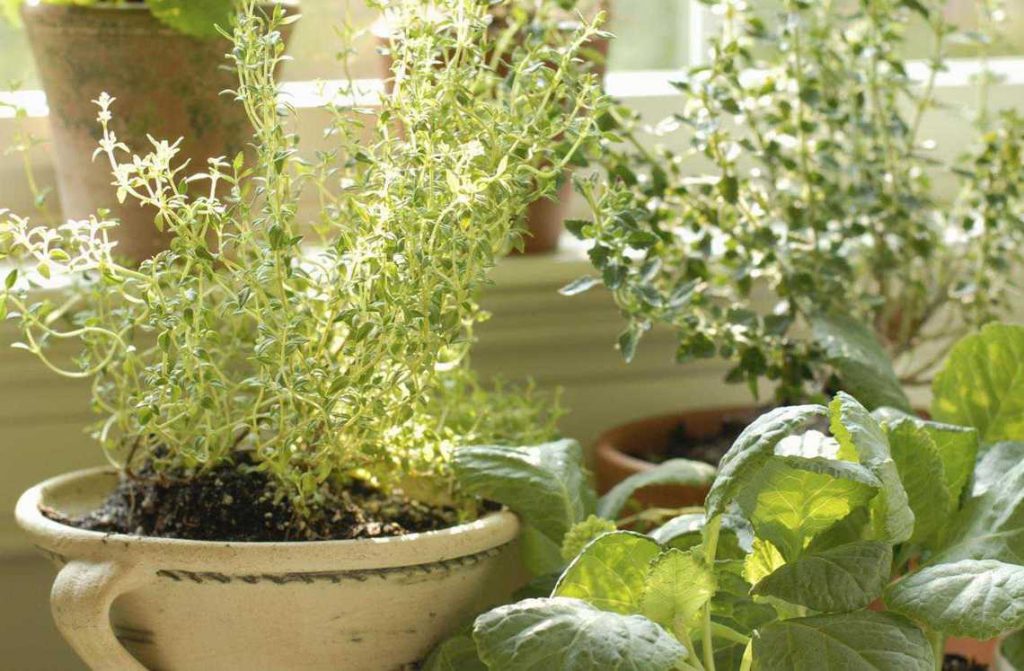